So You Think You Know Curves by Flagcapper, Lukking, Sheldon, Chuggers, and Anton

So You Think You Know Curves by Flagcapper, Lukking, Sheldon, Chuggers, and Anton

So You Think You Know Curves

A crazy recycling track with beautiful manuals and lots and lots of red lines. The five players who made this track are known to be amazing with control over bosh, so it makes sense why this track is one of the best examples of control ever. This proved that manuals are as cool as ever and won't be going anywhere anytime soon.

@Opal Rider wrote:The recycling was easily the most memorable part. Super smooth recycling, even on some of the curves that weren't so smooth, all things considered.

@theacp127 wrote:What have you done? This is so impressive. Also good job on those "curves" Sheldon, they were very unique.

@Helios Pavonine wrote:I love that people are still, after all this time, experimenting with manuals. This is a fantastic track. Some really nice moments and movements going on.

@Apple wrote:That is some of the most impressive recycling I can ever remember seeing. I loved it. Amazing track guys.

@OTDE wrote:This is some really inventive recycling. I really like the structure that was set up...

*turns out the lights.. shuts the door...

@ScrungleBlumpkus wrote:I get how this is done, but holy hell it's been one of those motivating times hasn't it
I missed the party on this one, amazing to see it come to fruition so damn quickly

@Z_N-Freak wrote:You got me thinking "there has to be some editing involved somehow, this just can't be done!" Then I watched the naked track and I was like: HOT DAMN, THAT'S CLEVER! XD
Really well done recycles and the entertainment factor is just through the roof amazing. Kudo's to all!

@Blesshiscottonsocks wrote:Holy shit guys, literally had my mouth open for half the track. New absolute favourite 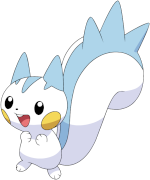 Re: So You Think You Know Curves by Flagcapper, Lukking, Sheldon, Chuggers, and Anton