The name is a bit confusing, but this is a version that was made by kevans tweaking 6.y.2 a little bit. Just noticed he never exactly published it so I will!

EDIT: looks like this wasn't published yet because he wanted to add more. ah well. he can release more later if he likes.

1. It saves your flag when you save the track in a way that is fully backwards compatible (flag save only works in 6.y.2.k, but te track will open and play just fine without the flag in any other version) which is just awesome.

2. There was a way to draw acceleration the opposite way but I have forgotten how to use it

3. Speedometer is tweaked slightly. He subtracted gravity out of the mix which means you can actually get to speed zero if Bosh stops moving which makes me happy for slightly unclear reasons

5. pencil is smoother if you ever want to use pencil

That's all I remember. But yeah. nice version and if you're using 6.y already you'll like these changes I suspect.

Are we just going to keep adding onto the name until it falls off the screen or what?

@Cereal wrote:Hell yes ..since CC is being a little b*tch.

@Hedgehogs4Me wrote:Nigga you know what I meant.
Alright, seriously, let's stop this now before we set a bad example.

My super.sol download
(all of my recent tracks in one sol) 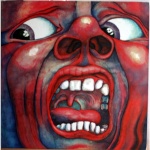 LineMagiX
Member
The ghost of LR