Basically doing what Mhenr did with 6.2 to 6.7. Nothing fancy like what I've done with the v3 series, just Beta 3 with 6.7 stuff. This topic is to keep you guys updated. Let me know if I left out something, would like to test this build, (I'm going to be more lenient with this version), or add something that would be a nice addition that worked really well in other versions.

Objects in bold are the generalized features.

Done:
Line counters:
-blue, red, green, brown, pink
-Pencil, line, eraser effect count
Timer:
-seconds:frames
Speed
-What I find really cool about this is that Inxile had already set up the variables I needed to pull to calculate speed. What's even cooler is that these functions are way more accurate. So accurate, the speed of 0 is possible. Until this versions is done, this number will calculate speed down to the ten-thousands.
Top Speed
YSnap
-Problem with this is that it's doing what 6x is doing and only snapping to one axis. Need to figure this out....
Added a few custom riders:
-Entries still accepted, just follow rules I've set up earlier.
Smooth pencil function from 3.4
-This feature isn't 6.7, but it's something that came out really useful from those I let test.
Vectorized UI
-Doesn't get blurry when zoomed in
Better Trap Door lines: (various lag reductions applied)
-Dissolves in larger chunks, as result dissolves faster, can be adjusted though
-Lines do not fall, but rather shrink. Reduces most of the redraw factor
-After fading to white, lines delete themselves to reduce unnecessary redrawing, reducing some lag
-Marker changed to an angled line, rather than the color end coming short to the line length
-Doesn't grind. I had this feature before, but it made normal riding hard.
Fix Start points dragging
-Also, you can draw on the start point. To change riders, hold shift then click on the start point, D still drags, and shift+D still resets the position.
Replace Deceleration lines with something cooler.
-Glass lines
Remove unnecessary coding for gray lines/guidelines/invisible lines
-Inxile added lines into the coding as they were finished, invisible was to come as the latest edition, but they never got them to work like what Mhenr did. They didn't even come close to color changing lines like what I figured out.
Hold 'C' For color play
Watching both riders will be kept.
-At normal zoom, if you can in general keep both riders in the same general area, this works just fine. So I'm leaving it in. It gets worse the more you zoom in, so default playback zoom is recommended.
redo/shift backspace

If you're doing stats it might be a smart idea to do them identically to the way that I do for a bit of consistency. You'll know how to adapt this into your code - there's a few global var declarations that aren't here but it's pretty obvious what they are - stuff like frames, topSpeed and whatnot (the formatting screwed up when I made the post, oh well). 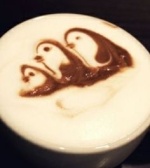 End of the month I guess, depends on work and how lazy I decide not to be.
_________________
LR Subreddit http://www.reddit.com/r/linerider/
Discord Group https://discord.gg/0ggPNq98iruWoixw
OpenLR https://github.com/kevansevans/openLR
My Tracks https://www.youtube.com/playlist?list=PLLLsxGACxkK8PYsamGoFkDABMHxahqF1G

Who has a good idea as to what to replace the brown lines with? Deceleration lines are pointless IMO.

Is it intentional that the cyan lines disappear no matter what force bosh imparts on them, as long as he touches them while moving >15 ppf?
_________________
Youtube 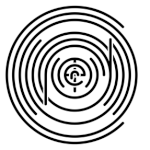 At the moment, any touch will cause it to disappear. I am trying to see if I can work out a method where bosh has to head at it more directly in order to trigger it.

what if you made another line which does the inverse, so that the line only appears when it's hit at 15ppf?


you could do so many recycles

@Chuggers wrote:what if you made another line which does the inverse, so that the line only appears when it's hit at 15ppf?


you could do so many recycles

TBH I couldn't figure out how to inverse the trapdoor lines.

Got redo/shift backspace to work.

One of my favorit short cuts.

At least Hedge believed in me.

@Hedgehogs4Me wrote:I can see you becoming known as one of the best riders of 2012. 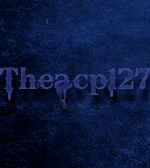 Alright guys, I'm on the home stretch. I'm leaving out XY snap, because well, I doubt very many people will seriously use this version. But if you guys want to throw a double check list out at me that involves things only on 6.7, then go ahead.
_________________
LR Subreddit http://www.reddit.com/r/linerider/
Discord Group https://discord.gg/0ggPNq98iruWoixw
OpenLR https://github.com/kevansevans/openLR
My Tracks https://www.youtube.com/playlist?list=PLLLsxGACxkK8PYsamGoFkDABMHxahqF1G