SO. I've been gone for a bit on the visible side of things, but I've been doing some thinking as to how to make the site a little nicer (given what we have on forumotion—this is definitely doing what we can with the restrictions of the software. I'm gonna fire this thing off, question-answer style.

Cool. What does that mean?
It means a lot of stuff is going to be done in advance, once we hit march. The goal is to have consistent content creation and reasons for people to be active. This means a lot of things are going to be made a little more explicit in terms of when things will show up, and it also means that everything will be showing up a little more regularly.

So, the pips. What's up with those?
I realized as I was making a lot of the earlier recategorizing changes that I got a little change-happy, and in my rush to make some of these changes, I did have some ideas that generated more questions than I had considered when I came up with them. For example, the pips! I conceived of the new pip system as being a sort of "hall of fame" of pips for each individual user. I realized, however, that a lot of these would make for a much more unwieldy and complex system than it used to be while also fundamentally altering what the pips were meant to be.

What were the pips meant to be?
The pips were meant to encourage activity by being temporary, as signified by the wings. They would say, in short, "these are cool things this person has been recognized for recently." Switching it to a "hall of fame" format gets rid of that same motivation for constantly making new things—people would just have these massive, useless trophy rooms and it would stagnate.

What's your solution?
So, I wanted the temporariness that would encourage activity, but I also wanted to have something that stuck around, so people could be like, "damn, I made some cool stuff," without it being forever lost to the wind. So to get both feelings, I decided to try a system that does a little of both! Pips next to your username, as they did before, will cycle out after 3 months. That's essentially a reversion to the old system, nothing revolutionary there. BUT!!

Where can I find my Pips, then?
The HALL OF PIPS, of course! The all of us here at the WRTL staff will keep a thread which shows all the features and contest winners, sorted (probably?) in alphabetical order, accompanied by author and date awarded. It's just an additional place you can go to find an organized space where your pips are, and you can grab the embedded images off of the thread for whatever you wanna do. Signature? Sure! Anyway, the point is that there's gonna be a centralized place to get all your pips by the end of this month.

What other things do you have planned?
We've got a new contest coming in March! Additionally, newsletters will be monthly once more. We're doing our best to make this a place as conducive to interaction as possible.

I've got other questions that aren't answered here! Also, this isn't a question!!
Right you are!! It isn't a question, but here's my suggestion!!
If you want to ask something of all of the staff as a whole, this is the best place to answer!
If you want a more in-depth explanation on anything, feel free to message any of us individually on Skype or Discord!

More things will also be addressed soon!
OTDE, AWAY!!!! 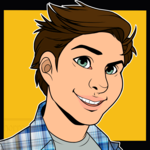